It isn’t all that hard to cope with a kangaroo leather whip; most of it is pretty straight forward. I’ll just list a few tips and tricks here, and if you have questions, naturally send me an email and I’ll do my best for you.

First, when you get your new whip, you’ll notice that it’s rather stiff. This is normal, not to worry, as you use your whip it will “work in” as the term is called, becoming more supple over time. How long? Depends on the whip, of course, and how much you use it. But figure anywhere from a year to two years before a new whip finishes working in, bearing in mind that the whip will START working in the moment you start using it. What that means is the whip isn’t going to stay stiff clear up until exactly one year later and then suddenly BANG! it’s worked in–it will happen gradually over time, again depending on how much you use it.

Don’t force your new whip. Don’t crank down on the thong like the whip is Gumby, don’t tie it in a knot, don’t run over it with a truck, and especially don’t slather it with conditioner in the mistaken belief that this will soften the whip and speed the working in process. It won’t, it will just gum up your overlay and turn your whip into a vacuum cleaner, as it will now attract every spec of dirt for miles around. The ONLY thing that will work your whip in is to use it as you normally would. I’d say start out with the main focus on doing volleys–you can crack it now and again if you like, but don’t make that the main business until later when the whip has become more supple.

FYI: I pack all my whips with Obenauf’s Heavy Duty LP. If I’m not worried about darkening the leather, I’ll also use it on the overlay, or if I AM worried about darkening the leather, I’ll use Fiebing’s on the overlay. Your whip is greased and ready to go on arrival, and you should only need to apply a very light touch up coat of conditioner maybe 2 to 3 times a year, depending on your climate.

I also stuff all my falls with Obenauf’s, right up to the eyeballs, yet you should always condition your fall (if you have one) after each use. I use Obenauf’s especially for my falls because it’s designed to help leather that takes a lot of abuse, and if you want to try it, just Google it, it’s pretty easy to find.

(Click here if you’d like to try a 4 oz jar of Obenauf’s: Obenauf’s Heavy Duty LP 4 oz. Naturally you can buy a larger jar of it if you like, but 4 oz will last you a loooooooong time.)

I usually store my whips by either hanging them straight down from their wrist strap or hanger if it has one, or by laying the thong lengthwise across a series of hooks on the wall. I don’t usually store them coiled up if I can avoid it, especially if they’re new. Hangers or hooks, either will work just fine, that’s up to you.

If you have any questions, again, shoot me an email and I’ll try to answer for you. 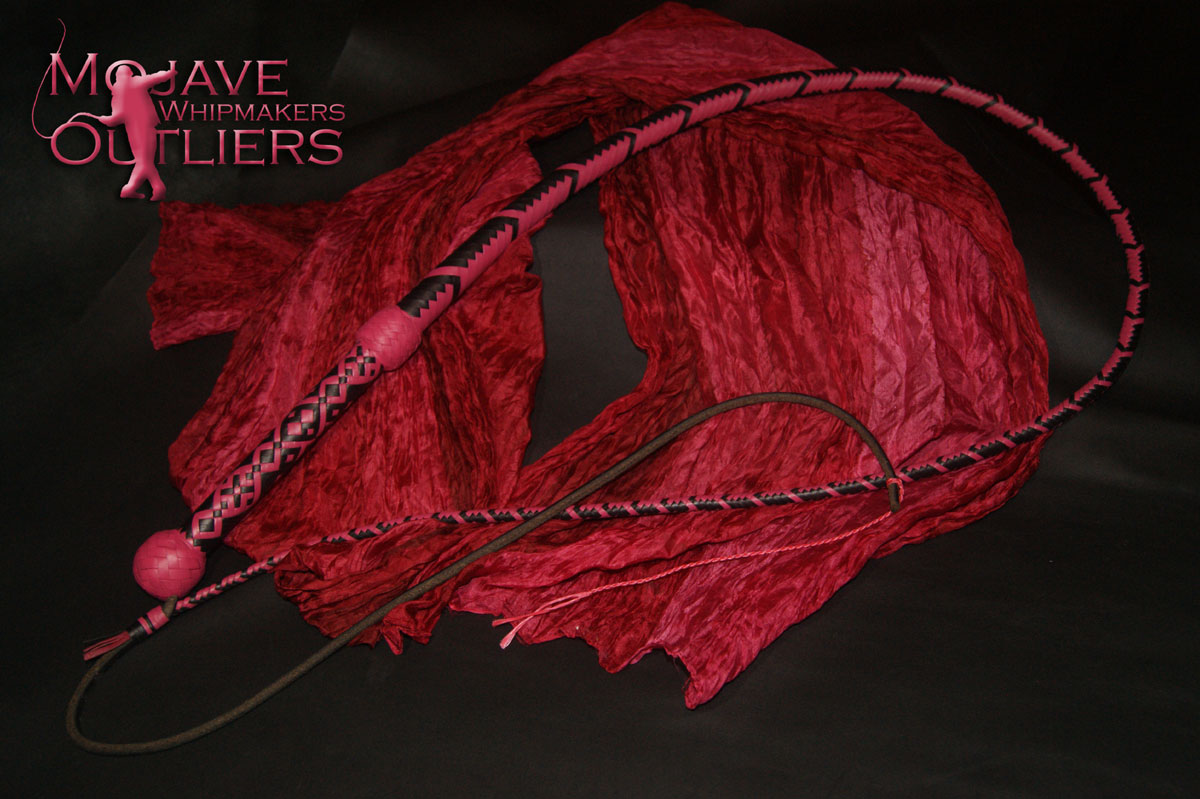