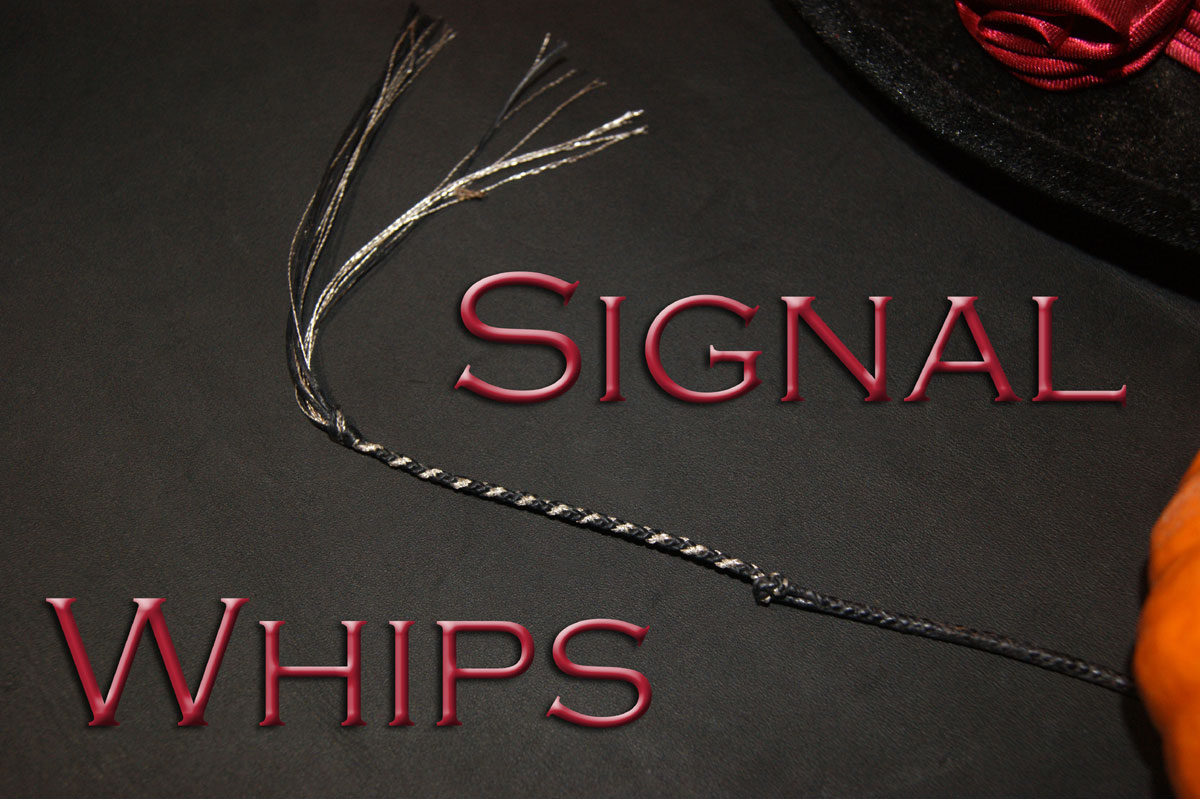 First, of course, the pricing chart just to keep things easy to find. Details about signal whips follows. When you’re ready to order, simply send me an email at the above email address and we’ll get you sorted toot sweet. Please note that if you want spiral plaited design with a high plait count (i.e., more than 16 plait), then you’ll need to get a hybrid signal whip, which has a handle. If you look to the menu on the left, there’s a link to the hybrid signal whip page.

Very good, and now for a few details!

What IS a signal whip? It’s a smaller whip, between 3 and 5 feet long with no fall—the cracker is attached directly to the body of the whip itself. Signal whips don’t have a handle, either—that is to say, the part where you hold it is not rigid, instead it is flexible (in contrast to a bullwhip, for instance, which has a stiff handle that doesn’t flex with the thong of the whip). I have two general build styles; the first has the handle area bound quite firmly, so that it flexes less relative to the rest of the thong–this helps with leverage. The second style is “supple to the heel” and involves a “hard bind” for the first two inches under the heel knot, while the rest of the thong is evenly supple. The two styles are distinctly different for throwing, but I like to be versatile! All signal whips have a shot loaded core.

Please note that 3ft signal whips are only available in 12 or 16 plait. The reason for this is that a 3ft signal whip is of course quite short, so there isn’t enough room to drop strands from, say, 24 plait down to 8 plait without quite a bit of crowding. If you really want a high plait count, then I suggest you increase the length of your signal whip to at least 3.5ft to allow room for strand drops. 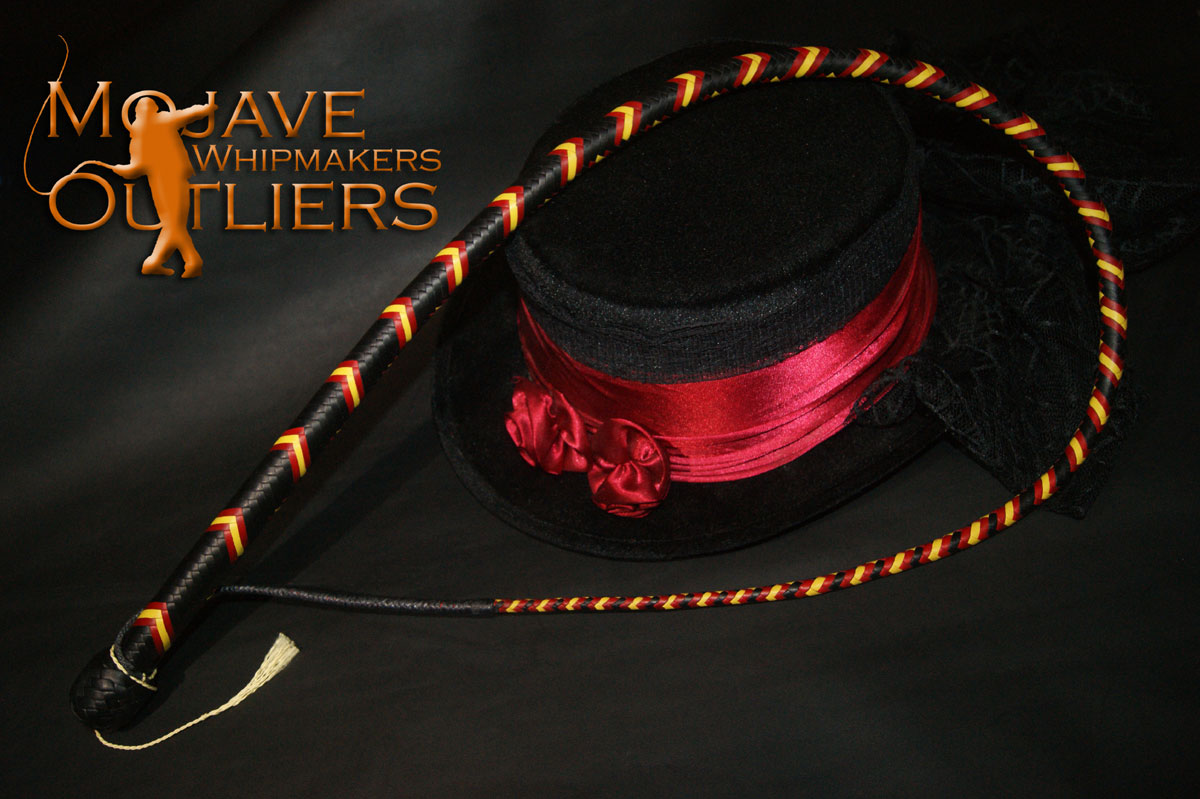 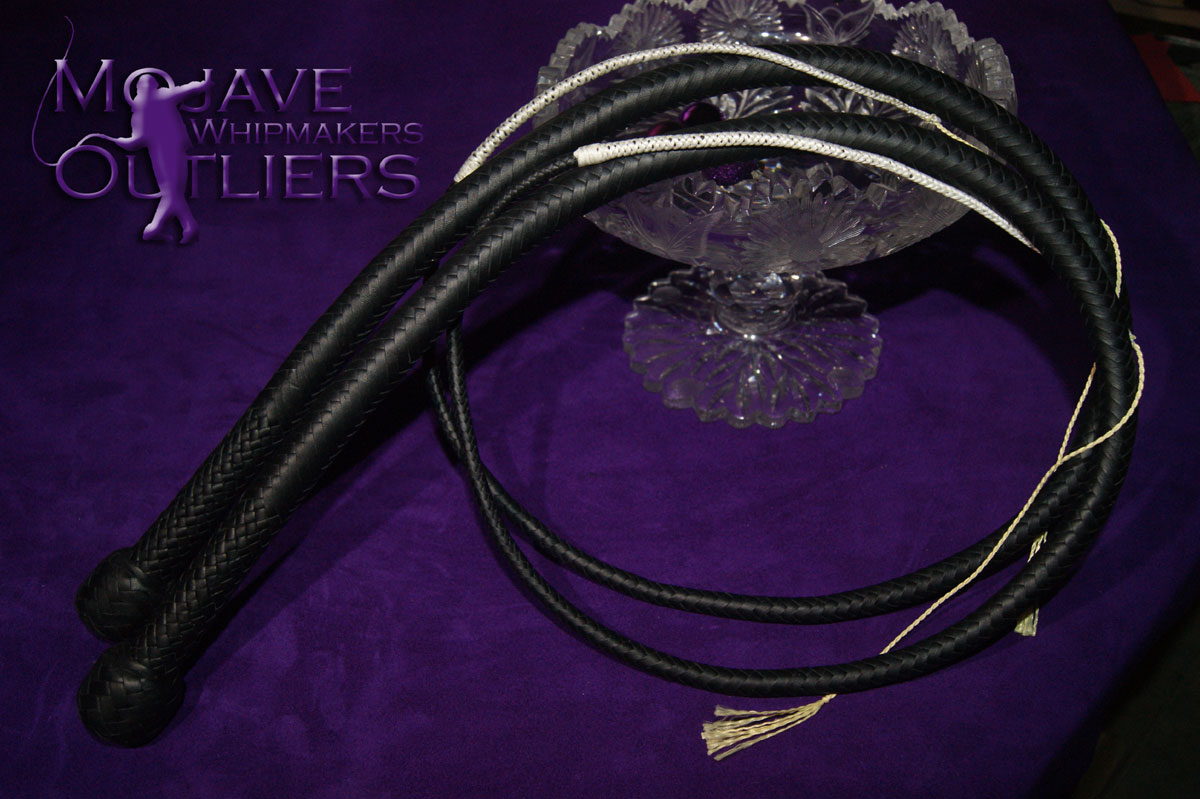 A pair of 4ft 20 plait Signal whips in all black kangaroo leather, with WHITE Dyneema tail assemblies, diamond plait on the handles. 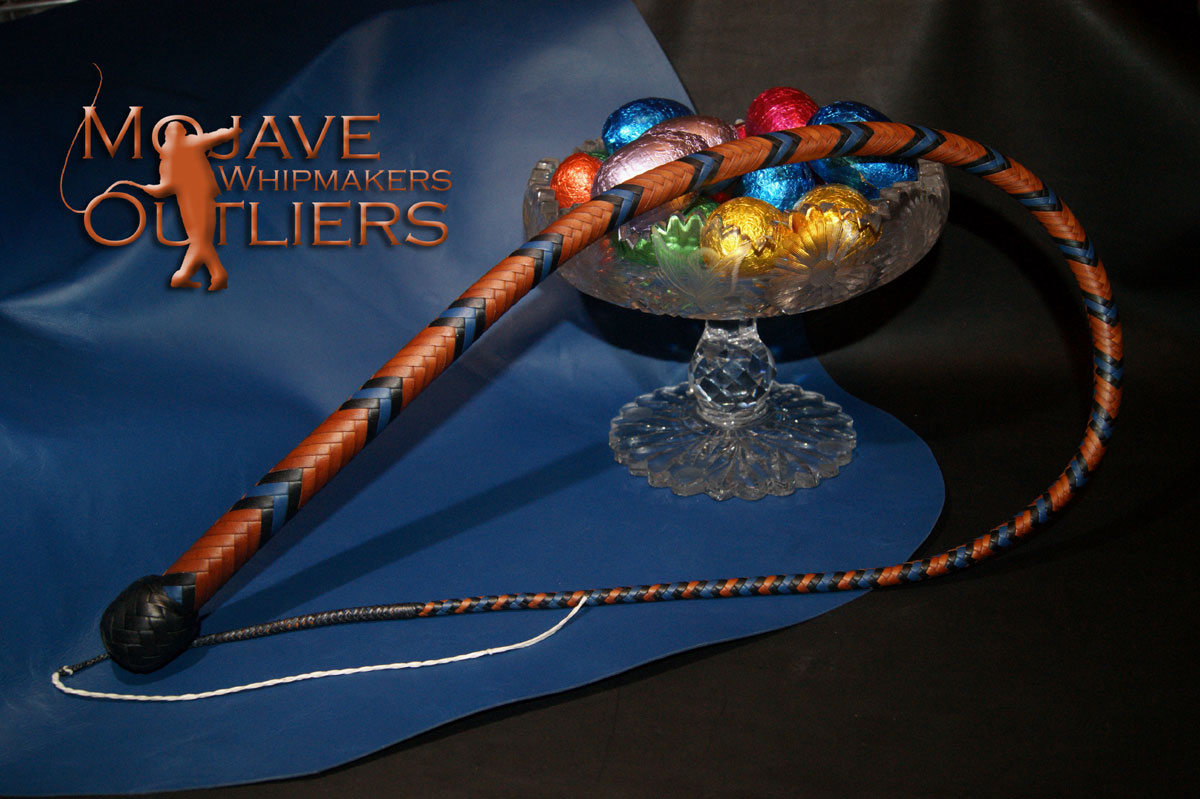 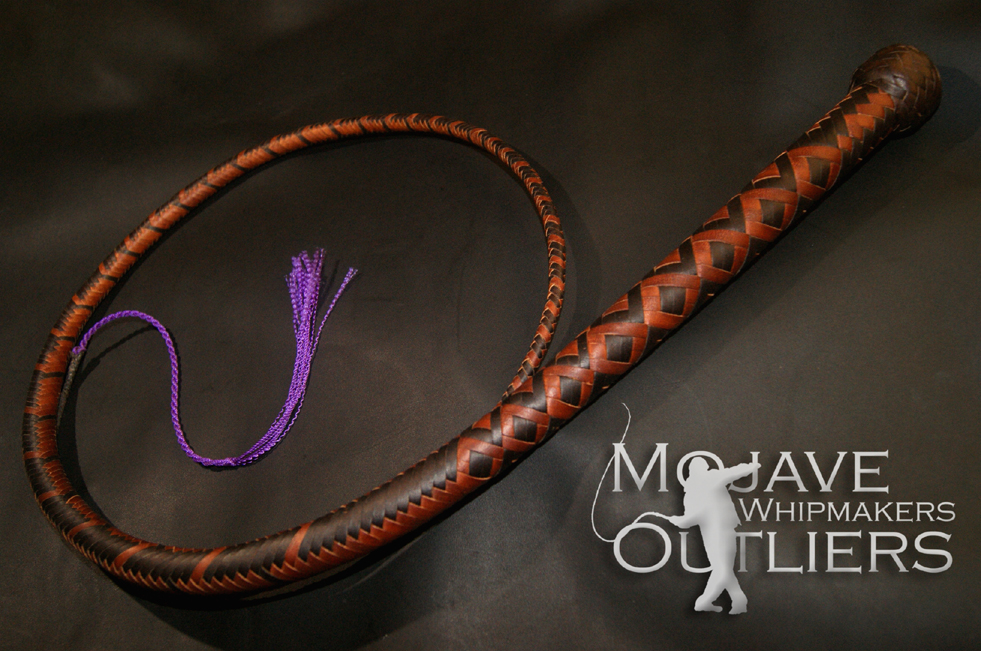 A 4ft 16 plait signal whip in brandy and whiskey kangaroo leather, with modified bird’s eye spiral plaited into the handle area. An interesting bit about this whip is the thong, which has two strands switched to change it up a bit from the usual 1/4 seam regular herringbone. 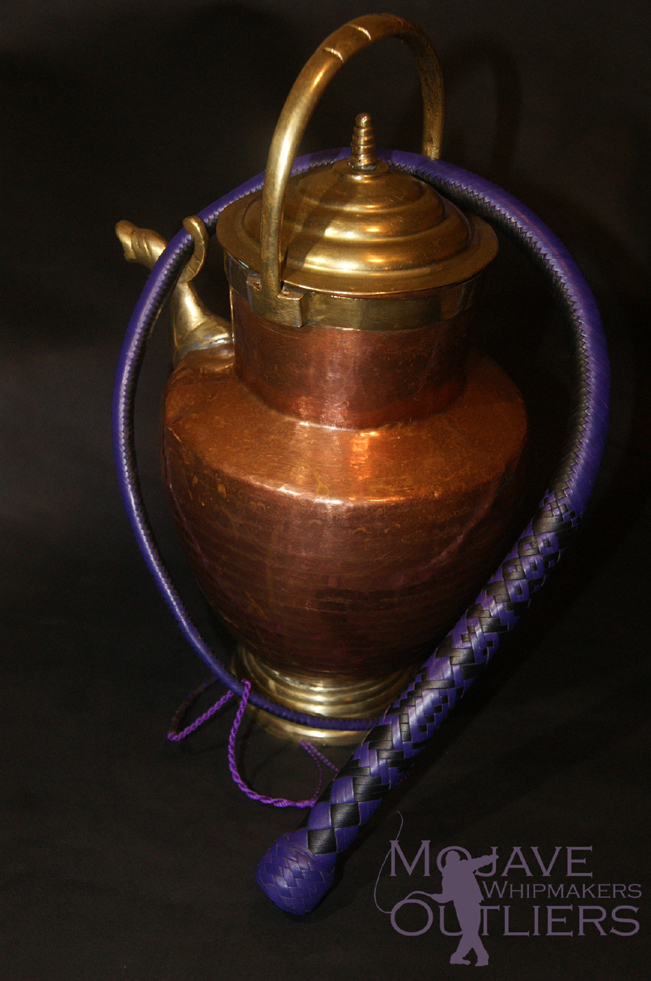 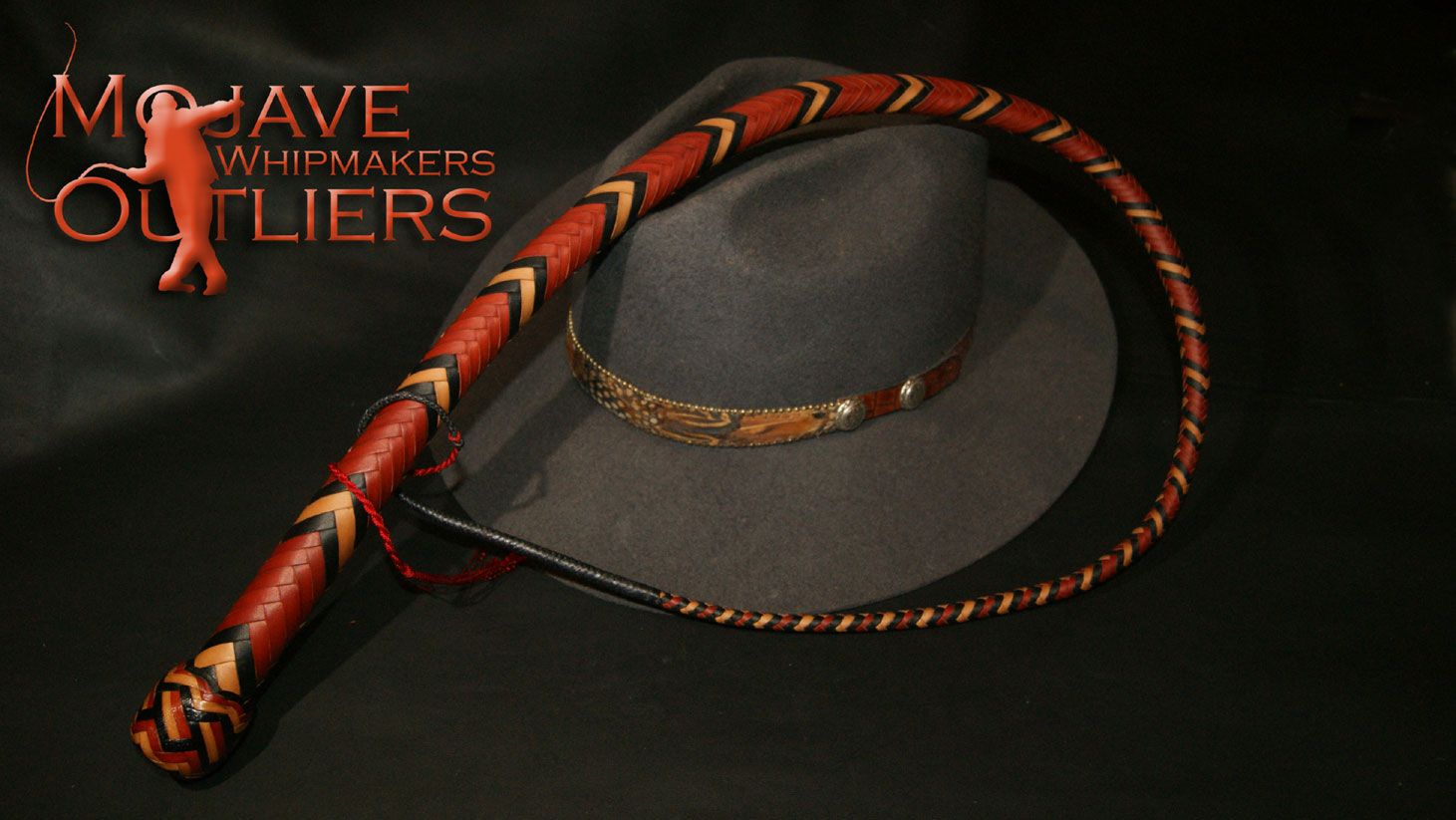 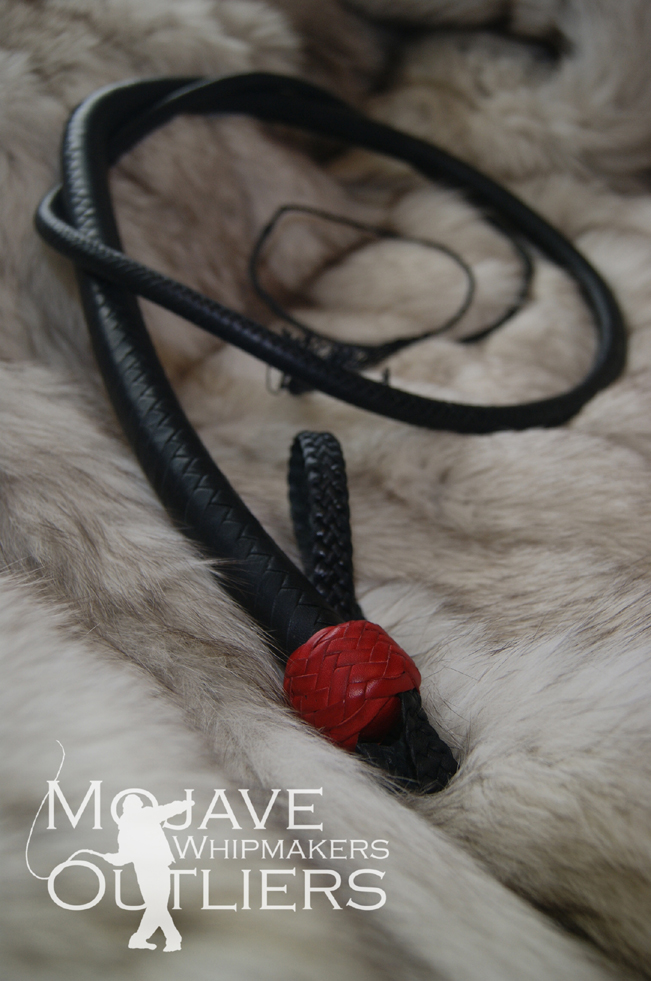 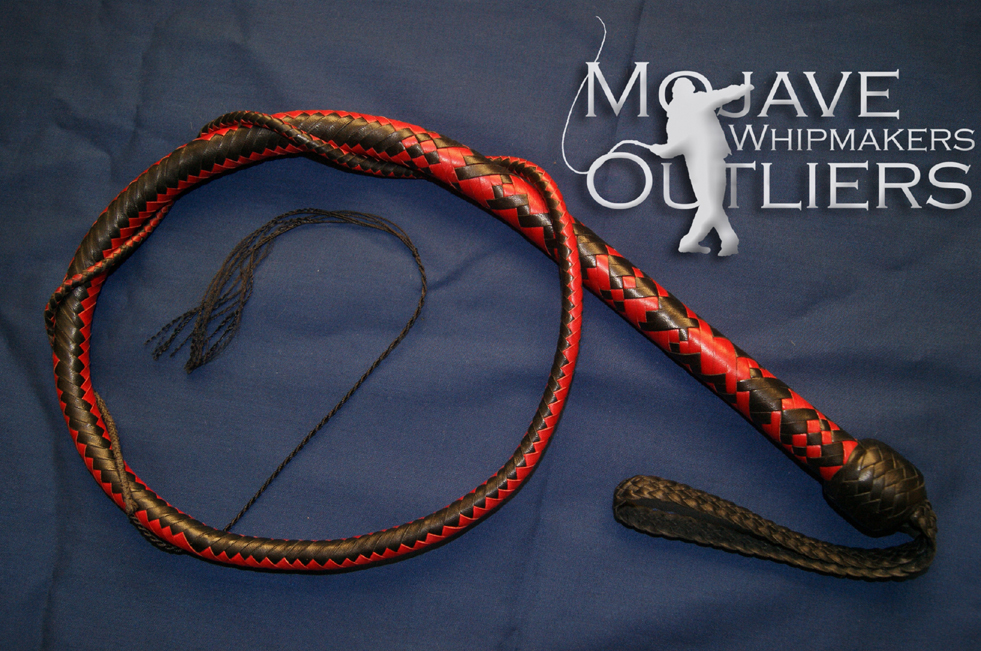 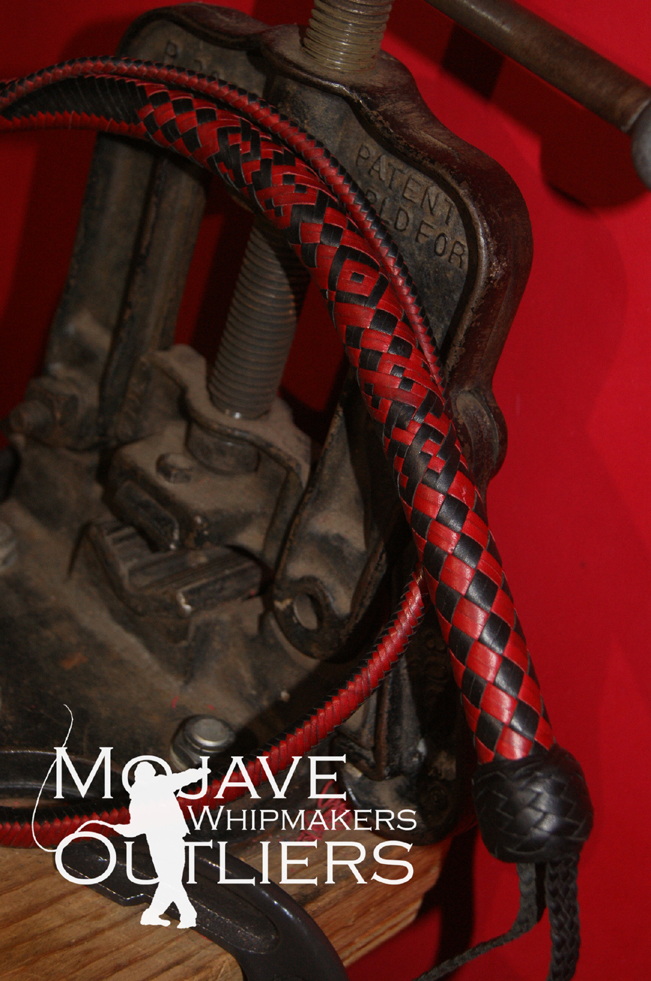 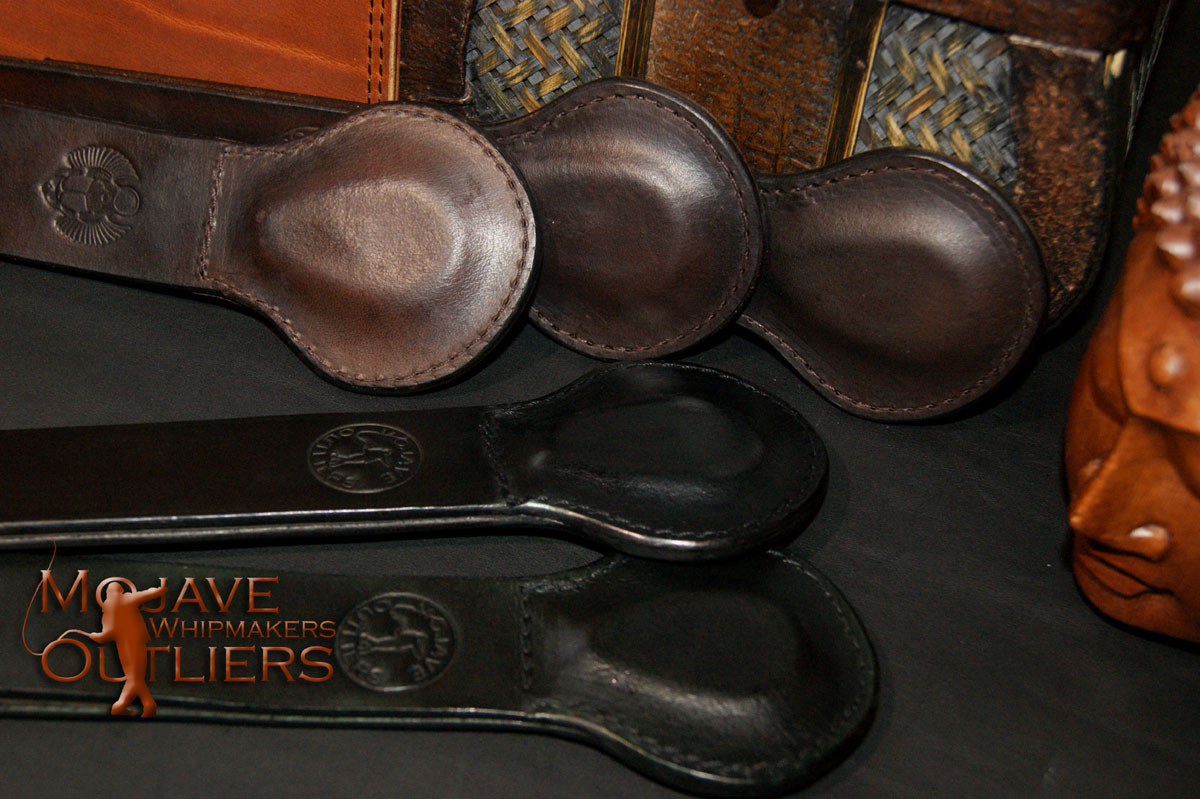